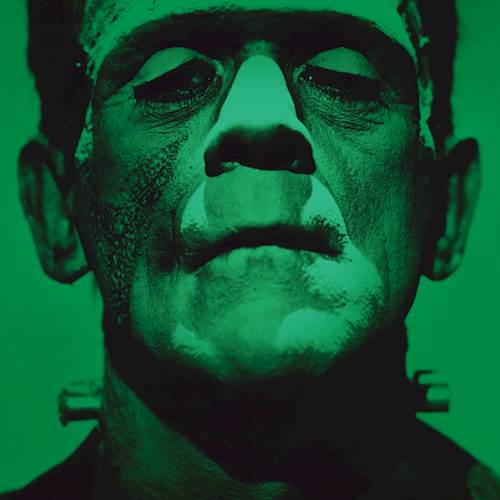 Although the easiest place to find poor logic is in the climate change arguments; poor reasoning and logical fallacies are frequently used in most science, politics, and other large issues. In a perfect world the campaign for presidency of the U.S.A. would be a matter of logical arguments, and voters could decide who to vote for on the basis of logic and evidence, but instead there has been a long series of ad hominem arguments.

Unfortunately, it seems that people are happy to present items as evidence that have been demonstrated to be false, and the public seems to be willing to accept such behavior.

There are significant problems with the accuracy and significance of temperatures records that have been used to show that anthropogenic climate change has occurred. A number of years ago massive falsification of temperature records by people at the University of East Anglia was discovered (link below). The people involved were punished, and the records were restored to their original condition. Recently similar falsification by NASA was discovered (link below). NASA claimed that they were correcting errors in the original records, but they did not have a time machine, so they had no way of telling what those should have been. Since then some of the records have been repaired, while others are still in altered condition, but the original information may still be available from other sources. NASA has been, and apparently still is, using information that is inaccurate to make conclusions about climate.

The data that was used to create the “hockey stick” graph was developed from tree ring data. Tree rings are much more responsive to rainfall than to temperature, and no explanation has been provided as to how temperature data was derived from the data. It is conceivable that there is a reliable way to determine temperatures from tree rings, but I have never seen anything that did that.

Other people have used ice cores as sources of information about past temperatures, and that source is vastly superior to tree rings, and it shows a very different pattern in historical temperatures, see links below.

The ice core data shows a cyclical pattern of climate change that has been going on for the last ten thousand years, which includes the period when human activity could have been significant to climate, but there was an extreme drop in temperatures about 8,000 years ago. These data clearly show that the Medieval Warm Period, the Roman Warm Period, the Little Ice Age, and the Dark Ages cool period happened, and these periods agree with information we have about what crops were being grown in various areas; viniferous grapes in Great Britain during the Roman Warm Period and in the last fifteen years only, as one example.

If we were to base conclusions about climate change on data derived from ice core data, then we would conclude that both recently and for the last few thousand years there has been climate variation within the normal range that has existed for the last ten thousand years. Occam’s Razor dictates that no additional matters should be considered, because one should not add unnecessary factors.

Unfortunately, the climate change panickers came up with additional factors that led to humans causing climate change. The main item is considering carbon dioxide a greenhouse gas. The greenhouse effect is created by molecular dipoles in the atmosphere absorbing infra-red radiation and thus warming the atmosphere as a whole. Carbon dioxide is not a molecular dipole, but it absorbs a small amount of IR in its transverse vibrations. Water vapor and methane are the principal greenhouse gases in our atmosphere, with water accounting for about 95% of the greenhouse warming. To be a dipole a molecule must be asymmetrical, and carbon dioxide is symmetrical, but it does absorb some IR. It was found in the 1950’s that all of the IR in the range that CO2 absorbs is absorbed within one hundred yards at sea level, so adding CO2 could not result in more IR being absorbed or a greater greenhouse effect; This item seems to have been ignored recently.

Then there is the question of the “chicken or the egg”. Has climate change been caused by more CO2 being added to the atmosphere by human activity, or has warming since the end of the Little Ice Age increased the amount of CO2 in the atmosphere that was produced by the decomposition of vegetable matter? His question is open, but the evidence leans toward CO2 having been increased by warming. Most atmospheric CO2 is from the decomposition of vegetable matter, and in recent years that has been more decomposition going on in northern forest and in muskeg and swamps and peat bogs. Some areas that were in permafrost have melted and the vegetation there is rotting.

The question that remains is: Why have the ACC people been pushing an argument that is not supported by the facts? I’ll get to this at some time in the future.


I felt like putting the record straight. If you use actual facts and fair logic, then you usually end up with reasonable conclusions, and that's what I did here. I might also have included a discussion of the agriculture of Greenland a thousand years ago, when barley grew there; although it hasn’t warmed enough for barley to ripen these days.
reenhouse gases percentage contribution to warming Earth
"Human activates contribute slightly to greenhouse gas concentrations through farming, manufacturing, power generation, and transportation. However, these emissions are so dwarfed in comparison to emissions from natural sources we can do nothing about, that even the most costly efforts to limit human emissions would have a very small-- perhaps undetectable-- effect on global climate."