Blogs Is there Intelligent Life 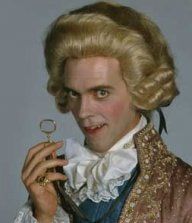 Is there Intelligent Life

A few hours ago, I had a brilliant thought. I decided that I should investigate it, before I try to capitalize on it. Alas, I learned that others have had very similar ideas, so I can’t make all of the money from it. But I realized that there is a good reason that can explain why we haven’t encountered any intelligent alien life, yet. The reason is: mitochondria, a sort of bacteria that provide energy to the eukaryote cells. Mitochondria are symbiotic cells that have their own DNA. It is thought that archaea cells engulfed mitochondria, probably eating them, but for some reason sometimes, or maybe just once, the mitochondria survived and started living symbiotically within the archaea. How that happened is not important here (although it is essential to us), but that combination resulted in cells that could be more active and complicated, and eventually led to humans.

I think the Search for Extraterrestrial Life is worthwhile and useful, but it might be frighteningly slow. If I wanted to make some baseless assumptions, then I could come up with the probability of finding intelligent alien life, but that would also entail finding other intelligent life within a finite time. I am certain that even with the unlikelihood of mitochondria combining with other cells that eventually other intelligent life would evolve, but I wouldn’t hold my breath. On the other hand, the Solar system did not begin until the universe was about eight billion years old, and there are other star systems with planets that could have evolved life even before the Sun began. Because necessary elements were lacking, the first couple of generations of stars probably could not have evolved intelligent life (and maybe not life at all), but that would still leave a five billion year period when stars could have had planets developing intelligent life.

The estimates of the number of planets in the universe that might support life vary considerably, but the number is very large; Google says forty billion. If that is correct or somewhere near, and it took more than a billion years for mitochondria to combine with archaea to make eukaryotes, then the odds are forty quintillion that this is the only place where advanced life exists. I would not put money on this being the only planet with advanced life. But the other ones might be a long way away.

If there are no analogues of eukaryotes, then the extraterrestrial life we will find will be as complicated as pond scum. I don't often think about mitochondria, but I will have more respect for them in the future, and I just had an idea how this could be turned into a great story with mitochondria as the main characters, sort of.